Densha de GO! 2 Kōsoku-hen 3000-series is one of the most well-known versions of the game internationally. It was first released on the Arcades, then ported to the Nintendo 64 as Densha de GO! 64 and then released properly for the Sega Dreamcast and Windows. The game maintains a good resemblance to Densha de GO! 2 Kōsoku-hen as it is an improved version of that game with added stages. The N64 version also has an special controller that supports voice recognition for announcing things such as closing the doors and approaching the next station.

Unlike the PlayStation version of Densha de GO! 2, these versions all use the same announcer voice from the original Densha de GO!.

A translated version of this game is available on this other website, and it was made by Zoinkity and Mike Ryan. It's simply very well made and I heavily recommend it for anyone that is just starting to know this game series. 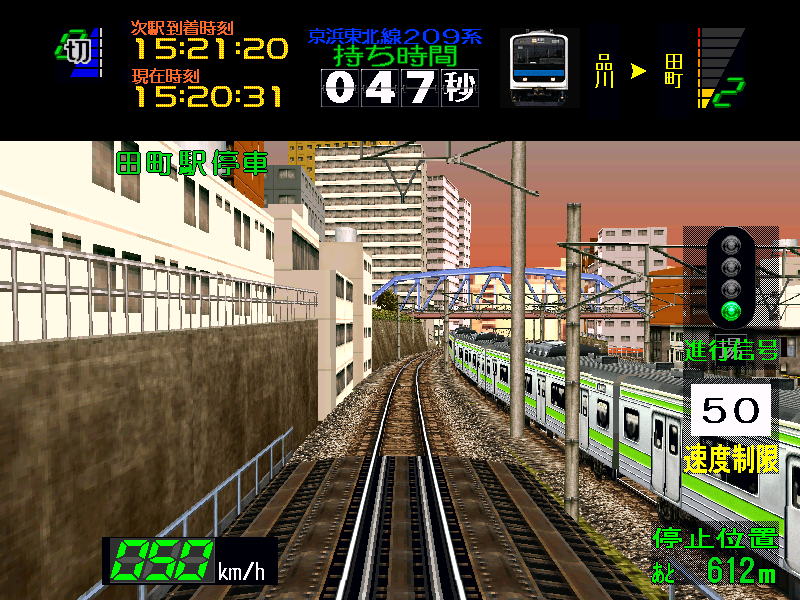 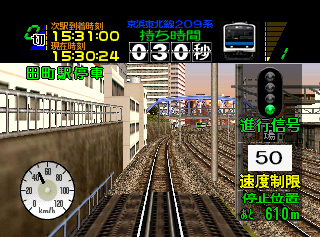 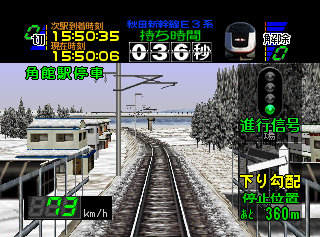 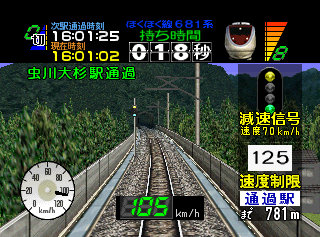 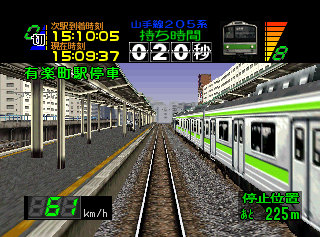