We take you're already familiarized with the basics, so here's more in-depth details:

The amount of points you start a stage with are as follows:

¹ The Akita to Shin-Hanamaki E3 stage in the game will have 50 points and the bonus ATC stages will have 40.

The amount of points you lose and which actions cause it are:

The ones in red are only deducted when you stop at the station.
The b variants are used in the JR Kōbe Line
The c variant is used in the Keihin-Tōhoku Line and Yamanote Line
² always 1 point per km/h over the limit, this row denotes the maximum amount of points you can lose
* In this difficulty setting, the maximum amount of points that you can lose from all of these together is 20. Accelerating and using the emergency brakes counts as the same infraction and will only deduct 10 points total.

The things that will give you points are: 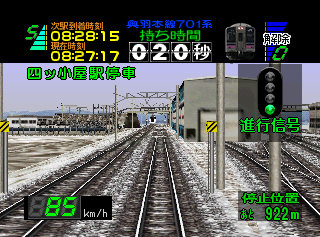 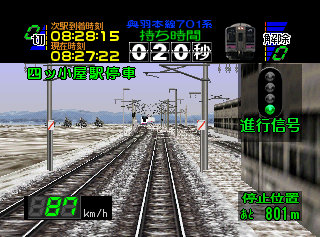 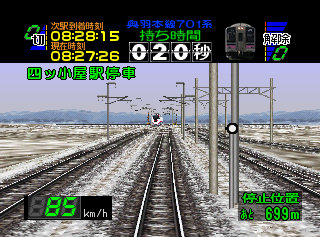 These only appear during the Tōhoku Region stages. Differently from all other signs, these do not appear on the interface, instead, they'll appear beside the tracks. You'll see three different signs in succession. If you stop accelerating before the second sign and keep the acceleration at 0 until you pass the third sign, you'll earn a few extra points. If you instead stop between those two signs, which is only going to happen if you do it on purpose, you'll get penalized.

They're not a common occurence and you can pretty play the entire game without even noticing they're there. What you might notice however, is that the train will not accelerate properly between the last two signs. That is because there is actually no power during that small track segment. In real life, train drivers will stop accelerating the train in order to reduce any strain on the motor while passing through these segments.