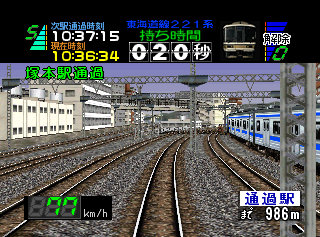 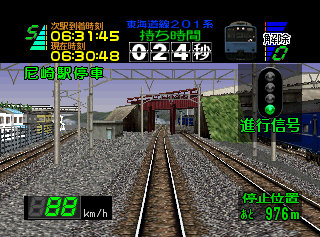 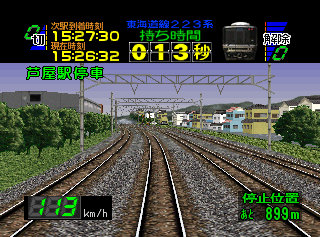 * In-game it is referred to as the Tōkaidō Main Line (東海道本線).

This line is part of the Tōkaidō Main Line, an specially long train line that goes from Tōkyō to Kōbe, covering about 600km of total length. It has been split into many smaller segments for easier management, one of which is the one you play here. Operated by JR West, this line is their main train line, connecting big cities such as Kōbe, Ōsaka and Kyōto. It also has many special services such as super-rapids and express trains, some of which are available in other Densha de GO! games.

Something you might notice is that JR West's trains tend to be comparatively older than the ones in JR East. There has been many renovations done to them, along with new trains replacing the old ones, but for the most part they have simply kept what works running.

The main article on Wikipedia for this specific segment of the Tōkaidō Main Line is available here.